Yasmin Qureshi calls for a 1p cut to Beer Duty 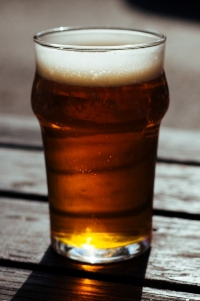 UK drinkers pay amongst the highest beer duty in Europe

Today, I have written to the Chancellor of the Exchequer and asked him to cut beer duty and business rates for pubs in his March budget.

I share the concern of beer drinkers in the UK, who have to pay amongst the highest beer duty in Europe at 52p per pint, far more than countries such as Germany and Spain which pay under 5p per pint.

I am also aware of the existential crisis facing pubs in this country, with 21 closing per week.  This is a shame given that pubs not only provide a safe and supervised space for drinkers, but they also serve as hubs of the community and places where people can unwind after a hard day’s work.

The beer, brewing, and pubs sector now supports nearly 900,000 jobs in the UK and contributes £23.6bn to the economy every year.  There are 78 pubs in Bolton South East, providing a total of 1,213 jobs and contributing £25.2m to GDP. (Source: British Beer & Pub Association)  Therefore, I believe that the Government should take action to protect this vital industry.

They need to take measures that will bring customers back to the warm embrace of a good pub, and away from buying cheap booze from corner shops. This is leading to problem drinking and anti-social behaviour, without the watchful eye of a landlord or bartender.