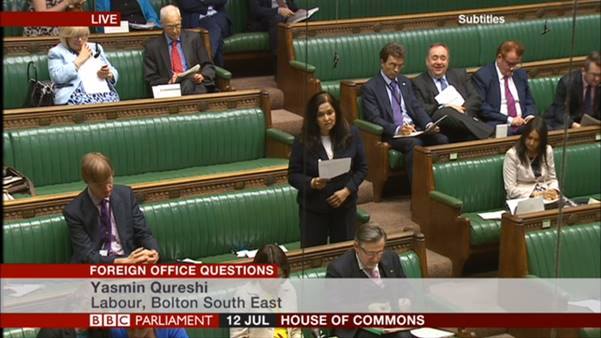 This morning I asked the Foreign Secretary to intervene in Indian-administered Kashmir, where 30 people have been killed, hundreds injured, and a growing death toll. The violence is the worst seen in the region for years. I have been contacted by a number of worried constituents who have family and relatives in the region.

I asked the Minister, to meet with his Indian government counterparts to condemn these acts, to state that opening fire on political protestors is not acceptable and to urge him to take action against the perpetrators.