Boys in Bolton falling behind 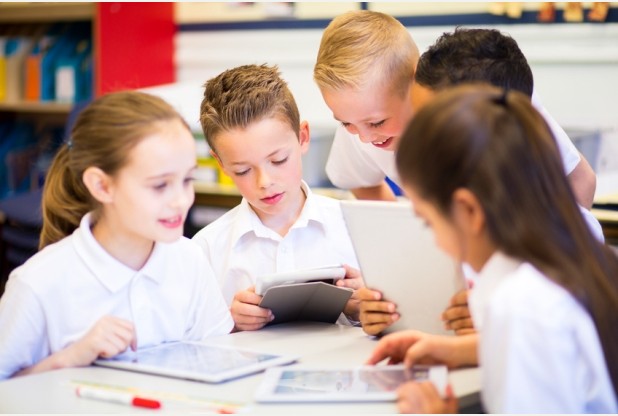 I’m very concerned about findings in the recent Save the Children report showing that boys are nearly twice as likely to fail to meet expected standards in early language development as girls.

The evidence shows that many of these boys will struggle to catch up and that they’re much less likely to do well at school, a pattern of underachievement which continues to GSCE level.

In Bolton South East, only 71 percent of children achieved the expected standards of speech and language skills at age five last year, well below the national average of 80 percent.  There is also evidence of a significant gap in performance between boys and girls at this age –  with 65 percent of boys and 78 percent of girls achieving the expected level of speech and language at age five. This represents a 13 percentage point gap which, again, puts Bolton South East in poorer position than the national average of 11 percentage points.

We know that strong early development is an essential component of a child’s life chances and it is concerning that any children should be failing to meet the expected standard.  I am particularly shocked to learn that 290 five years-old boys in Bolton were already behind when they started school.  If they had performed as well as the girls, 109 more boys would have met the expected standard.  Falling behind in this way is likely to have long-term consequences for their school attainment, their earning potential and opportunities in later life.

Today I have written to new Education Secretary, Justine Greening calling on her to invest more in children’s early years. 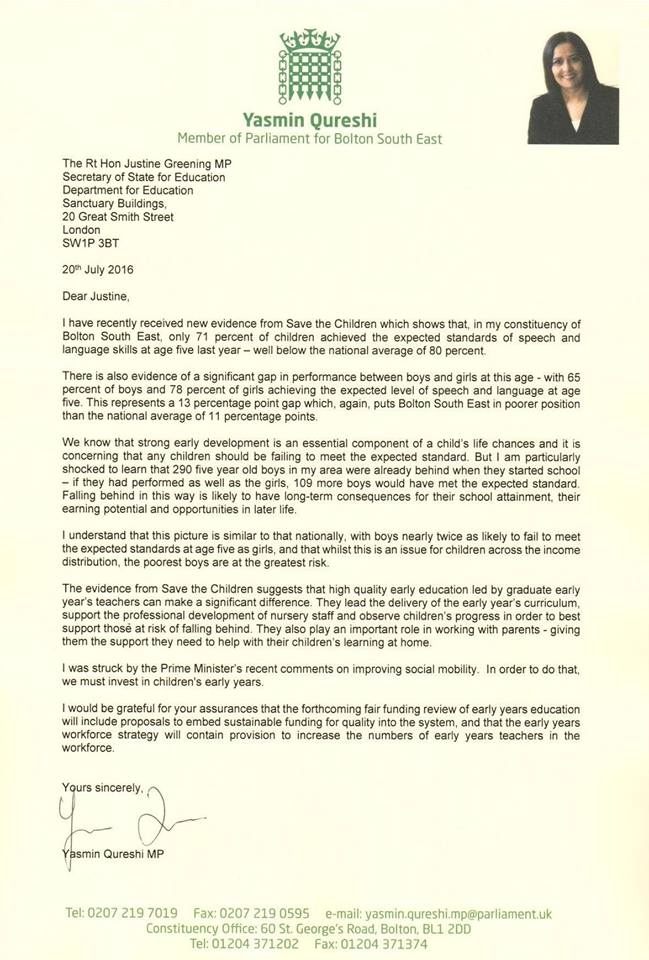